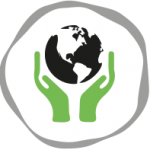 What is Climate Action?

"Climate action is any policy, measure, or program that reduces greenhouse gases, builds resilience to climate change, or supports and finances those goals. Climate action is therefore enormously diverse, ranging from cities committing to more efficient building standards, companies putting a price on carbon in their investment decisions, or a coalition of companies and farmers’ groups that deploys climate-smart agriculture practices." 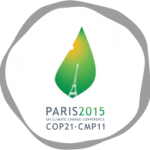 How is Climate Action related to the Paris Agreement?

The Paris Agreement seeks to keep the rise in global temperatures well below 2 degrees Celsius (35.6 degrees Fahrenheit), to increase resilience and adaptation in the face of climate change, and to mobilize Climate Action(s). These objectives can only be achieved if actors from all sectors take action before climate change.

On the road to COP21, non-state actors not only took leadership and demonstrated commitment to Climate Change actions, but they also demanded government action as part of the Paris Agreement. Climate Action initiatives have been presented globally via the Lima Paris Action Agenda, the UN Climate Summit in New York City (U.S.), Lima Climate Action Day (Peru), and the NAZCA Platform. These actions generated a climate of optimism favorable to the Paris Agreement.

The main challenge now is Paris Agreement implementation. The National Contributions presented are insufficient to make the necessary transformation. To achieve the Paris Agreement goals, we must expand, accelerate, and raise our ambitions for Climate Action. 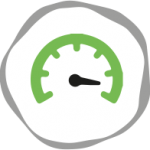 What role can Latin America play to accelerate Climate Action?

Latin America and the Caribbean, a key region in the global front against climate change, has the conditions to be part of the solution to climate change. The region's cultural and biological diversity play strategic roles in climate stability. By ensuring provision of environmental services in water, energy and food security, Latin America provides resilience to its communities and ecosystems. At the same time, the region accounts for only 9 percent of global greenhouse gases (GHG). As a developing region, Latin American has an opportunity to make certain projected infrastructure investments are climate-compatible and appropriate. Infrastructure development must promote adaptation to climate conditions, mitigate climate change, and positively impact the population. 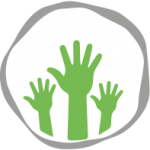 What is Latin America currently doing for Climate Action?

Climate Actions are present in all Latin American countries and sectors. However, these actions do not always have the strength, scale, impact, or awareness needed to be fully considered part of the global climate change solution. The region has not reached its full potential in terms of Climate Action. The Lima-Paris Action Agenda at COP21 presented over 10,000 instances of non-state actor participation with climate commitments. Of these, less that 16 percent were non-members of the OECD. Four Latin American countries were among those OECD non-members, as is still the case for many countries on the global South. This situation reveals a geographical imbalance that reinforces the inequalities at the root of the climate change problem. For Climate Actions to produce positive, sustainable, and equitable change, all world regions must unite and overcome historical economic inequalities. 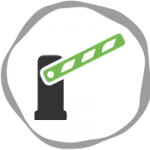 What are the challenges to this work?

The challenges to expanding and accelerating Climate Action in the region include: 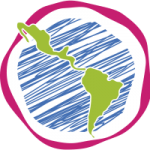 How can I help ActionLAC?

The Platform's objective is to accelerate Latin America's capacity to respond to climate change, promote non-state actor Climate Actions, and position the region within the global context.

1.5 ° C global warming limit where you should focus Climate Action

Regional GDP: annual cost that can reach climate change in 2050

Climate funding was allocated to adaptation in 2015 in LAC